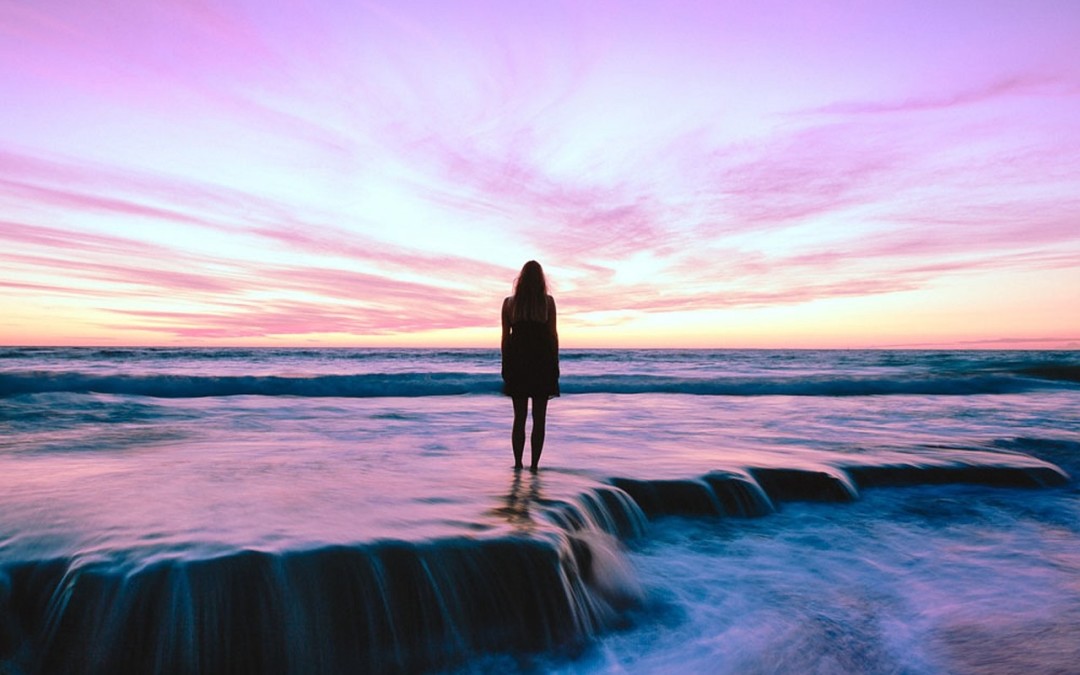 Conscience oftentimes sprouts from certain emotions, it’s an emotion that creates certain emotions. When you’re happy, rather when you’re conscious that you finished/passed your exams, it creates an emotion of happiness. So, you’re happy your conscience is happy.
So, the conscience is more than the waves of storm of the ocean. When there is s storm in the sea, the waves, they move, they move, they move from one side to another and we don’t know where they will go. Some arrive at the end, some arrive at the beach and some don’t. The conscience is a game which is at play every day, that’s why I call it a stubborn child. That’s what we ned to try to get up.

SO when we realise, when we see and accept that the conscience is a stubborn child, it means we need to do sthg else, because someone will say, I’m conscious that I didn’t harm that person, because according to programming that’s how they say, yes, that the other person has the blame and not him. The person is conscious who knows he is mature and they say to them Shhh or enough/stop it! That person says I’m mature, I am consciously mature that nobody needs to tell me what to do. It’s simply the way. It’s like the wind. It’s like the storm., When the waves have a great storm, the things tend to be diverse, diverse multiple forms in us. More for that it’s v ijmpt to open the eyes of the soul

But when you believe that your conscious is ok, when you see that your conscience is everything, is supreme, you don’t realis that you’re doing sthg stupid, you don’t realise you’re harming that at your side, or you’re self-destructing. That child can’t let itself be guided. That child is alike a drug addict, that is, the consciences is like a drug addict. E.g. there are countries in these moments that are on the point of making war, aren’t there, especially the countries that consider themselves to be super powerful. But the citizens, oh no, it’s necessary to intervene in another country’s business because they are saying on the news that those children are suffering hunger there, that those people are starving there, so we need to take out that government. That is a drugged conscience. It’s a drugged consciousness. Because when the conscience isn’t drugged, it would say, but if we tale weapons, the president is one, is the minority of the population, but if we take weapons, against whom are we going to use those weapons? Against the people. A non-drug addict consciousness would say, no, let’s not do that, don’t do it, but when the conscience is drug addicted, you think that what you’re doing is good. It’s like the monkey on the banks of the river. The monkey came down his tree, whoosh, and saw a fish and says, aah! The fish is drowning, and took the fish out of the water, and the fish died. That is the way in which we at times do things.
The monkey is just a story, but it’s something that we humans make real. It’s an anecdote, it’s figurative, that the human being is doing today, thinking we’re saving things, thinking we’re rescuing.
And if we see we need to consider many factors before saying that the conscience is drugged, I would say, I am sure that conscience is drugged, because when you got help your neighbour, you need to arrive with your heart in your hand, but never a weapon in your hand.

I’m speaking of an example social national that we can give in the world, but the same in our personal affairs. When our conscience is drugged, we feel that that’s how life is, that it walks just as it goes. Another conscience a little more drug addicted in the personal is when some people try to influence in other people, because the people are simply hungry. But they try to influence in the people and think they’re doing good.

In the world pass many things, especially when we speak of religions, the word Religion is a little delicate to speak about it but
.
Many times, when we close ourselves off inside the philosophy of the religion, we make our conscience act drug addicted, influencing in people that simply they ned to wait for something when they need to act. That is the conscience.

But when we open the eyes of the soul, our conscience is deeper and purer inside us. Our conscience is freed of many things. So Now it doesn’t become like a stubborn child but in an angel, that child is transformed into an angel. That child is transformed into a person really who has love, a child who has love, a child who has hope foe pace, a child who see really what it ants, sees what is good and what is bad.
The conscience then is sthg that we need to educate. Buy maybe you’ve heard out there that is the universe, that consciousness is God himself. It wouldn’t exist the having to educate a stubborn child. No.
Conscious is different in each human being. The conscience has an effect in each human being, and we’re not united, we are not one. That’s why love unites us, because we’re not one, it unites us to enjoy this universe, this creation, not just of love but also full of peace but also to realise what we want to realise, but without our realising these parts of conscience, we become blind.

When you have open the eyes of your soul, and you have a non-drugged conscience, it makes you be a person who enjoys every day and you can express yourself. But today millions of people are simply we are listeners to something that isn’t our own. It’s like someone in his own house and he can’t enjoy his own house, No it’s sthg deep.
I’m not speaking nor contradicting another type of beliefs because first I don’t like beliefs very much. I don’t like to believe anything or imagine sthg, but rather it’s v important to see the reality. Your consciousness needs to be educated. Your conscience needs to let itself be like that metal in the fire, your conscience is sthg that needs…

it’s like a spiritual teacher. Many times, a spiritual teacher says, I’m the person who already knows what I am. The thing sis, we need to see. Firstly, consciousness isn’t God himself porque/given that the conscience I a child who neds to be educated, it’s a naughty child. Another is to see that the conscience is sthg that is produced in us. Yes? See. That’s why we’re divided y that uneducated conscience, that immoral conscious, that unethical conscience. By that conscience that hates peace, that supposedly loves peace, why we’re divided. That’s why millions of people suffering of hunger, millions of people say, what do I care about the people who are suffering from hunger, not for that do I need to suffer. That is a blind conscience. That is a drug addict conscience,

Maybe there are moments in your alone time that you feel like a person who there’s something missing. But in public you show as though you have everything in our hand. You’re the king. Don’t lie to yourself.

simply see, because your block could be your conscience, the great block in the world, the great block to realise our dreams. the great block to realising our purpose in life is the conscience, the dammed uneducated conscience, that damned conscience that doesn’t know a real education, of morals, of love, the peace, of justice, of truth, of love, of light, that light…
Your light can light up wherever you are, but when your conscience is drug addicted you think everything is ok. hello, no, your conscience can kill you.
Don’t let your conscience be your guide. When you permit your conscience to guide you, you become a stupid and blind person. With respect. Because I was blind, with respect to me and to those how have been blind I would say with respect. Blindness isn’t stupidity, but letting myself be guided by my conscience, that is being stupid.
My grandfather always said, observe, Observe the attitude of a drunk. Observe the attitude of a drug addict. IN other words, the drug addict who por si is smoking, it mis affecting his mind, but no, it could not be affecting his soul directly, nononono. But what there is in your heart is what harms you. And acaso that what isn’t in your heart and mind is your conscience, what you call consciousness?
It’s what destroys the world.
It doesn’t take us anything good if we don’t educate it. If we educate it, it takes us to a victory, it takes us to a real enjoyment in our life.
A v impt thing. Conscience is sthg that helps us open, when we educate that stubborn child, it helps us open the eyes of our soul. I didn’t know how to open these eyes when I was blind when I was born. Maybe like this whoosh. I didn’t know how I would di it, but the eyes of the soul are sthg that all of us can do. And It doesn’t require millions, it doesn’t require you to be president, nor it doesn’t require you to be poor. No, it doesn’t require you to be poor. Nono no. It simply requires an effort, to see that conscience and transform it. Put like a piece, grab your conscience and put it like a piece of metal and in the fire of love, and let I be transformed, and let the good sculptor start to tallar with love and peace, every hit full of peace and love.

When I speak of hitting, if you don’t like it, it’s violence, I’m not speaking of a hit, it’s figurative that’s what I want to find, because now you start…you’ll feel good.

When the warriors in the world don’t win the war what is bad? Their mind or their conscience? Their conscience. Their conscience isn’t good. And when they win, their conscience is ok. But what do we know/we don’t know if that victory is for good for or for bad. That’s why it’s the conscience the conscience is that which any times guides us at times towards the light or towards the abyss.
That’ why when you open the eyes of the soul and allow yourself to see that conscience, you realise the reality of what’s happening, you put everything in their place. Hatred is born in the conscience,
I heard someone a few days ago who was saying, I hate my ex-partner. She’s a this, that and the other. The person must be something bad, absolutely. But this person was looking for something to cure that too. Gain, you can’t heal it if you don’t educate that conscience. That conscience is what How lovely. How lovely it is to know that we have to educate our own conscience, it makes us really feel what we really are. It makes us see that we have this life, it makes us see that in whatever moment this life can change, Today I’m here, tomorrow maybe not., we don’t know. Thus, I’m going to live this day procuding to not be an obstacle for myself and much less for my loved ones.

In the name of God, I would like to say to you that peace and love be with you.

When you educate the conscience and the emotions, then, they don’t possess you.